The idea for a savory, upscale fried bologna sandwich came to me in a few different ways. It was a combination of childhood memories of trips to Grandma’s and an inspirational sandwich from a small dive bar in my home state of Ohio. I remember planning trips to Grandma’s and getting excited because upon our arrival, she would have her homemade potato salad, cold cuts and cheese on the table. I loved it because my Grandma always had brick cheese and Hellman’s mayo. As a kid that was a real treat, because my parents preferred the sweeter Miracle Whip over mayonnaise. At Grandma’s, my standard sandwich was beef bologna, brick cheese and salami, topped with mayonnaise and kettle cooked potato chips right on the sandwich.

I always ate this sandwich with her signature potato salad, which we featured on Superman Cooks a while ago. As a kid, I thought that bologna was a special treat that was only available at Grandma’s house. It wasn’t until later in life that I realized that this wonderfully flavored meat was not as gourmet as I had thought. Rather, most people viewed bologna as a poor man’s lunch meat. As an adult, I frequented a local pub after work to eat a fried bologna sandwich, served on toast with red peppers and Swiss cheese. I have fond memories of this sandwich and have always wanted to make a Superman Cooks version of it.

When I first mentioned the idea of a fried bologna sandwich to Jackie, she wrinkled her nose a bit. How could we make a fried bologna sandwich special enough for a post? If she had only gone to Grandma’s with me, she would have understood. In an effort to make this idea “Superman Cooks worthy”, I decided to refer to another favorite sandwich of mine, the Monte Cristo. It all came together at that point. I decided to make the French toast a little more savory, and add roasted red peppers.

We stopped by the market to get our ingredients and came home to build my new masterpiece. We made two large sandwiches and asked the kids to try them as well. Everyone was hesitant at first but still willing to give it a shot. The consensus was so good that they have asked me to make this fried bologna sandwich three more times in the last month. This once “poor man’s sandwich” has officially gotten an upgrade. 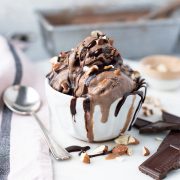 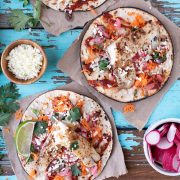 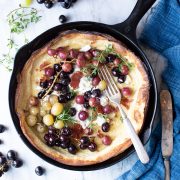