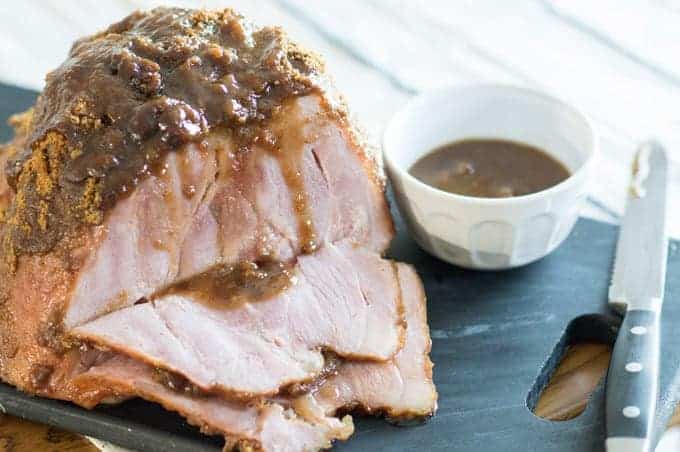 Easter ham: I look forward to it every year. I love the tradition of Easter at our house. We wake up, hunt for the Easter baskets, go to church, and finally come back home to share a big meal with the entire family. My mom had a particular way she prepared our holiday ham: she put cloves on top, a can of pineapple chunks at the bottom, and cooked it until it shrunk to half its size. While I may exaggerate a touch, I think most families back in the day were trained to eat overcooked meat and mine was no exception. 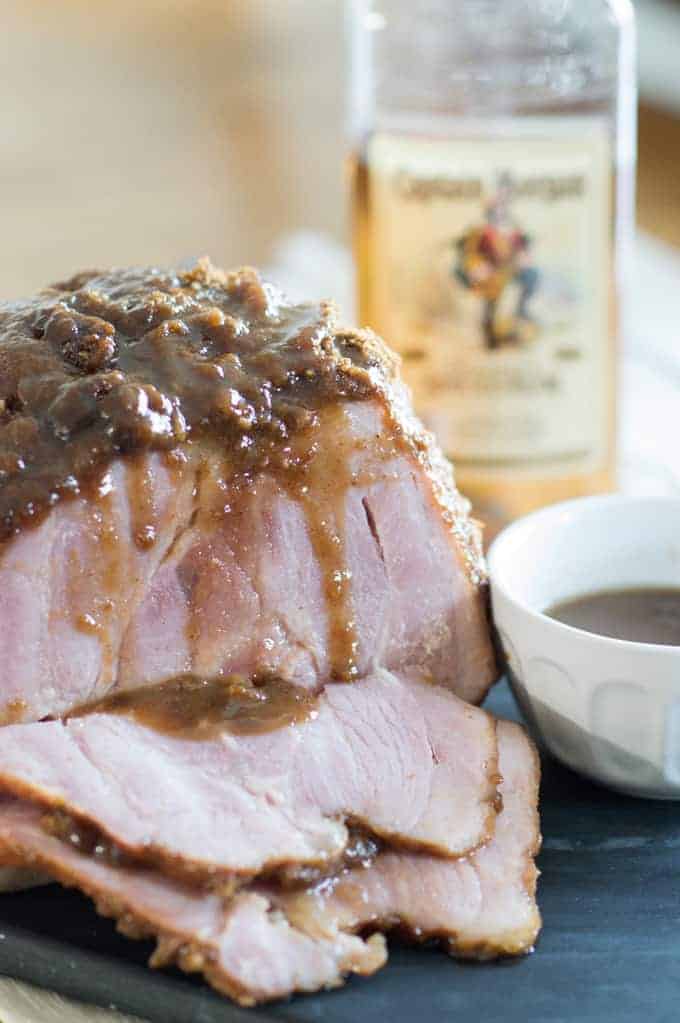 As I learned to cook, I quickly realized what most do not acknowledge: most hams are already smoked (meaning pre-cooked). They do not need to roast in the oven for countless hours like a turkey does. I happily embraced this idea, and I have been on a quest ever since to find the ideal recipe to accentuate the naturally delicious flavors of baked ham. I am convinced that this is it. 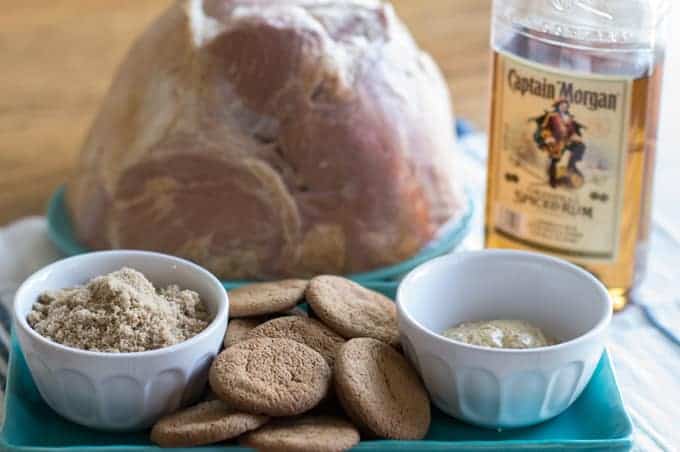 Our Ginger Snap Crusted Ham with Rum Glaze relies on a combination of old-fashioned ginger snaps, sweet brown sugar, tangy mustard, and the woodiness of Captain Morgan Spiced Rum. All of these flavors blend together perfectly and melt as they cook to form a molten river of flavor. We like it so much we don’t wait until Easter to make it. We especially savor the drippings from the bottom of the pan; we like to serve them in a bowl on the side for dipping. Jackie and I agree that this quintessential ham recipe will be handed down for generations to come. 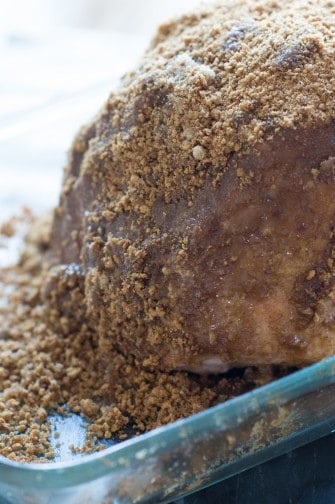 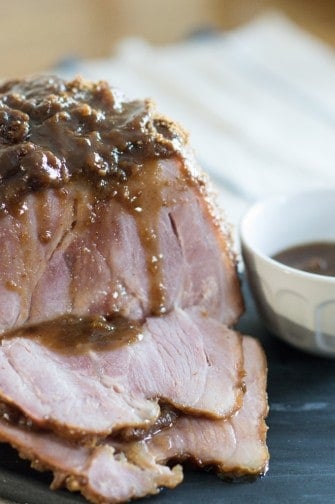