Blistered Shishito Peppers with Orange Zest are a savory and healthy alternative to traditional bar food. I have to say that I created this dish mostly for my consumption, as Jackie is not a big fan of peppers in general. She likes the flavor that they give food, but she is not one to eat any kind of pepper (sweet or hot) by itself. Initially I was not sure what to expect. But I was pleasantly surprised to find that these peppers are sweet and quite mild. I found that the flavor of orange and the subtle heat of crushed red pepper created a unique (and very addicting) flavor combination. I even got my pepper-opposed girl to eat a few and admit that they were interesting. Whatever your opinion of peppers, these babies are worth a shot. They are full of flavor and taste great as a healthy alternative to traditional bar food. They look like they pack a punch, but these Blistered Shishito Peppers are so mild and sweet, they could almost pass as dessert. I recommend a heaping portion with an ice-cold beer (superman cooks style). Cheers! 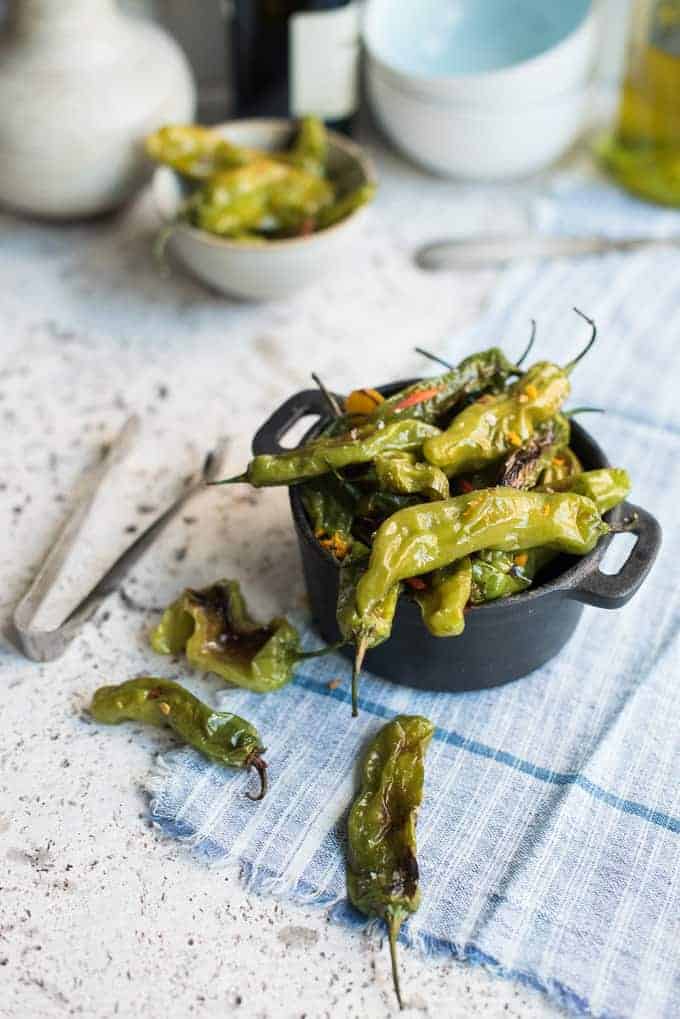